Honorary Director of Research at the CNRS, he has been a researcher at the Centre international de recherche sur l’environnement et le développement (CIRED), a joint unit of the CNRS and the ENPC (École nationale des ponts et chaussées) since 2003. He is also the Scientific Advisor of the European Energy Markets Chair at Paris Dauphine University, where he directs the Regulation and Institutions of Electricity Markets program; and since 2012, a special advisor to the French Energy Council. He is a consultant to the World Bank in 2015-2016 on the compatibility of carbon pricing and energy policies in emerging countries

He was Director of the Institute of Energy Economics and Policy (IEPE), a research unit of the CNRS and Grenoble II University from 1991 to 2002. He spent most of his research career there, which began in 1971 after obtaining his engineering degree from the École Centrale de Lyon and his master’s degree in economics. He is the author of a partial equilibrium model of the energy sector, the EFOM model, which was used from 1978 to the end of the 1990s by the European Commission’s DG Research and DG Energy. He was awarded the bronze medal of the CNRS in 1988 after defending his thesis on the political economy of major technological programmes based on the case of the development of the fast breeder reactor.

From 2005 to 2011, he directed the Laboratoire d’analyse économique des réseaux et des systèmes énergétiques (LARSEN), a GIS (groupement d’intérêt scientifique) that brought together three teams from EDF R&D, CNRS (CIRED) and Université Paris Sud (GRJM) on issues of liberalization of the electricity industry. From 2003 to 2007 he was Deputy Director of the CNRS Energy Program, where he was in charge of economic and social sciences. From 2004 to 2010, he was President of the Association of Energy Economists, then its Scientific Delegate.

Since 2000, his main research topics have been the regulation of liberalized gas and electricity industries, the effectiveness of public policies (security of supply, carbon policy, renewable energy, energy efficiency) in energy markets, and the economics of large and complex energy technologies (nuclear, carbon capture and sequestration). He has published numerous articles on these issues in Energy Policy, The Energy Journal, Climate Policy, Ecological Economics, Energy and Environment Economics and Policy (EEEP), Energy Studies Review, Industry and Innovation, Economia delle Fonti delle Energia, and in France in Economie et Prévisions, la Revue d’Economie Industrielles, Economie et Sociétés (Energie series), Nature Science et Sociétés, as well as in La Revue de l’Energie, in which he regularly publishes articles in a less academic way on all these issues.

He has co-edited several books on energy modelling, innovation in the energy sector, and institutional reforms in the energy sector. The most recent since 2000 are in Long term contracts and competition in electricity markets, London: Edward Elgar publisher (with A. de Hauteclocque and J.M. Glachant); in 2004 -Reshapingof European Electricity and Gas Industry: Regulation, Markets and Business Strategy- London: Elsevier, 2004 (with Atle Midttun); in 2003, Competition in European electricity markets: a cross-country comparison. – Cheltenham: Edward Elgar, 2003, with J.M. Glachant) and in 2000, Energy and Technological Change. An evolutionary approach.– Paris: Economica, 2000, with Jean-Marie Martin and Bernard Bourgeois.

Articles published in the Encyclopedia of Energy: 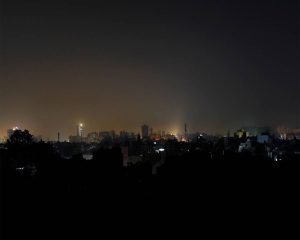 Intermittent renewables and the threat of blackouts, how to deal with it?

Incidents on electricity grids due to the presence of growing wind and solar PV capacities with intermittent production tend to recur in Europe, as in other regions of the world. Variable input renewable energies (VRE), pose two main security of supply problems for electrical systems. The first is the variability of their non-controllable production, which…

Intersectoral coupling power to gas and power to heat: which role in the energy transition – part II

The prospects opened up by the possibility of sectoral coupling were highlighted (Part 1) by the successive review, of the different ways of electrification of uses and the different sectoral couplings Power-to-Heat (P2H) and Power-to-Gas (P2G) links [1]; the electrification of heat uses, via heat pumps in industry and district heating (DH) compared to… 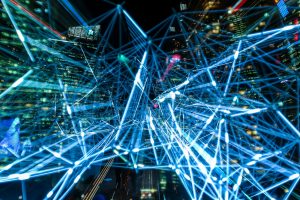 Electricity: from a market regime to a hybrid regime

The liberalization reforms of the electricity sector in the 1990s introduced an institutional regime in which equipment decisions and investment risk management are privatized and decentralized among competing agents (See: Les marchés électriques : complexité et limites de la libéralisation des industries électriques). This role used to be based on public planning and electricity monopolies…

The inter-sectoral couplings “Power to Gas” and “Power to Heat”: what role in the energy transition? (1st part)