The sustained growth of wind energy is widely known, but that of its offshore components less so. So what share have certain companies taken in the innovations that support this technology? The creation of Oersted by the Danish company Dong merits a closer look.

Dong is not a Chinese company. It is the acronym for Danish Oil and Gas Company, created in 1972 for managing oil and gas resources from the North Sea Danish sector, and for producing and distributing electricity as a utility owned by the Danish Government. Incidentally, they developed and constructed in 1991 the first offshore wind farm in the world, near Vindeby, off the coast of Lolland Island, South Denmark. The turbines were devised and produced by Siemens (Germany), and were a major innovation at the time. Today they look like dwarfs compared to the Siemens 10.0-193 turbines developed for the Hornsea Project (UK), planned for completion in 2022 off the Yorkshire coast:
• Rotordiameter: 193m vs. 35m
• Powercapacity: 10 Mw vs. 0.45 Mw
As recently as 2014 the UK Government guaranteed a £150 perMWh to get three more wind farms built off the British coast; at Hornsea the cost per MWh of energy shall be of the order of €70, and less for later stages of the project (Read: Wind energy, state of the art and outlook).

The march from Vindeby to Hornsea took a major turn in 2008, when Anders Eldrup, Dong CEO 2001-2012, made a decisive push towards transforming Dong into the world leader in offshore windfarms. The metamorphose was completed in 2017, with:
• the sale of DONG’s oil and gas business to INEOS, a UK chemical company.
• the renaming of the company as Oersted, after the Danish scientist Hans Christian Oersted who in 1820 discovered that an electric current through a wire could move a nearby magnet; in this way he started a new branch of physics, electromagnetism, that plays a crucial role in the functioning of wind turbines (Figure 1). 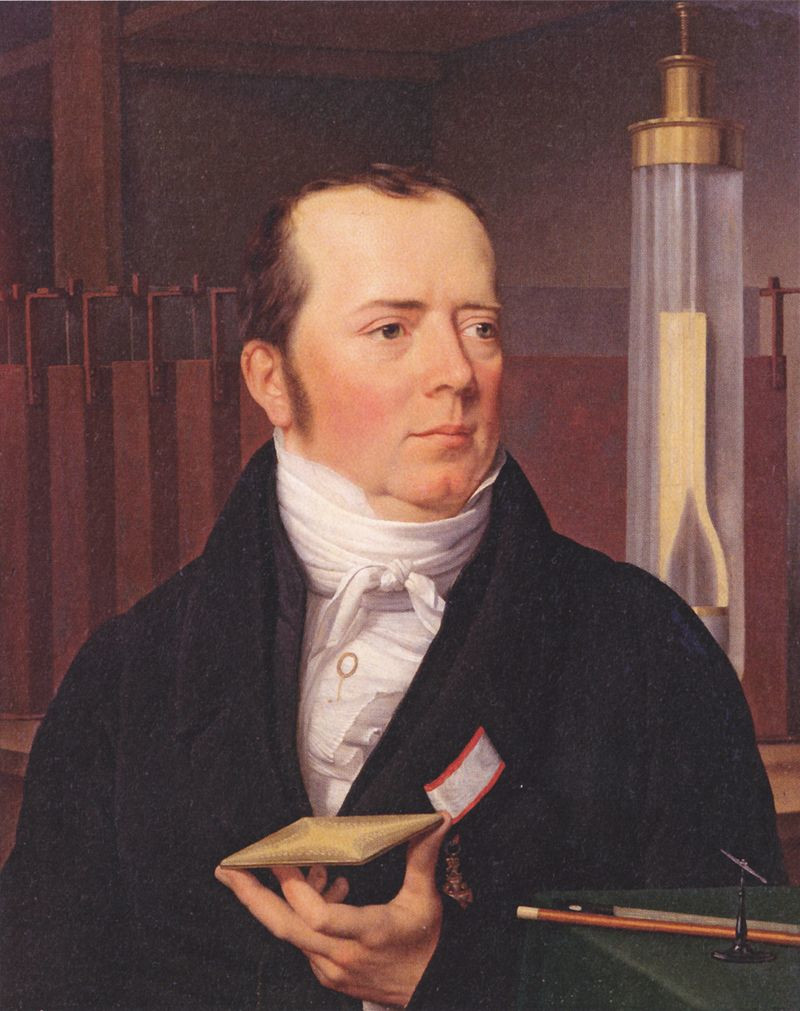 While the Danish Government is no longer the sole owner of the company, it still owns 50.1 % of the capital. By 2020 Oersted has a total power capacity of 7.5 GW (about a quarter of the world total), serving customers in Denmark, Germany, the Netherlands, UK, Taiwan and on the US East Coast.

Oersted have actively contributed to spurring the technological advances that led to spectacular reductions in the costs of producing electricity from offshore windfarms, mainly by
• placing massive orders (up to 500 turbines at a time) with their two main providers, Siemens and Vestas (Denmark), sometimes in anticipation of their needs (Figure 2) ; such policy strongly motivated Siemens and Vestas to massively investing in R&D, resulting in size and power increases, and also in improved reliability, as exemplified by Siemens ‘’High Wind Ride Through’’ system that precludes a sudden shutdown of a turbine when the speed of the wind passes a 25m/sec threshold, above which the integrity of the machine is under threat without this system.
• Enhancing its own operations, in particular as regards the ways the foundations of the turbines are laid out in the sea (even floating turbines are now seriously considered), and as regards management routines.
However much they are increasingly burning wood pellets and household refuse in their thermal power plants, Oersted will not completely phase out coal before 2023. According to Harries and Annex (2018), from Bloomberg NEF: “Not only has Oersted gone green, it has also seen increased earnings.” 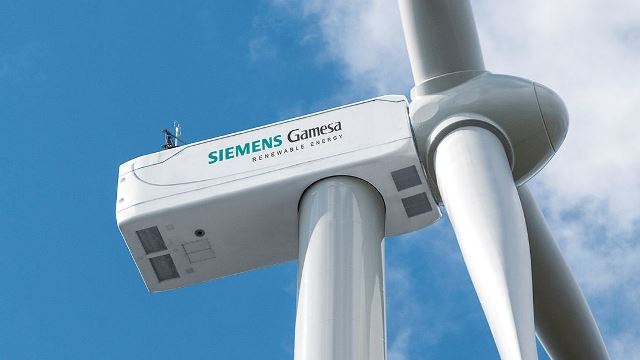 University of Southern California (USC), in Los Angeles, is not next door to the headquarters Oersted have inherited from Dong in Fredericia, Denmark. However, a similar big idea is floating within both places. George Olah, founder of USC Loker Hydrocarbons Research Institute and one of the most famous 20th century chemists, along with two colleagues, “have proposed and developed a feasible anthropogenic chemical recycling of carbon dioxide [that can] be converted by feasible chemical transformations into liquid fuels such as methanol, dimethyl ether…” This concept of broad scope and framework is the basis of what we call the Methanol Economy.

The required energy for the synthetic carbon cycle can come from any alternative energy source such as solar, wind, geothermal, and even hopefully safe nuclear energy . This way of storing CO2 would not reduce the amount in the atmosphere, but it would at least close the open carbon cycle associated with the burning of gasoline made from fossil oil. Anders Eldrup had not heard of Olah-Prakash-Goeppert, but he did come to concur with them. During the winter 2009-2010 the Danish wind farms produced such an excess of electricity, which by all means had to be evacuated through the interconnectors to Norway and Sweden, that the price became negative.

With the multiplication of offshore wind farms in Danish waters and elsewhere, it is anticipated that imbalances between production and consumption of electricity might result in negative prices for more and more hours/year. Anders Eldrup came to the view that, rather than incurring losses on excess electricity, it should be used to produce hydrogen (figure 3). Similar conditions will prevail in the USA, in Texas and Midwestern states, as wind farms multiply. Then, with hydrogen and CO2 at hand, it is not difficult to produce methanol, that would in this way also prove a means of recovering electricity in excess, hence of dealing with the intermittency and volatility of renewables. 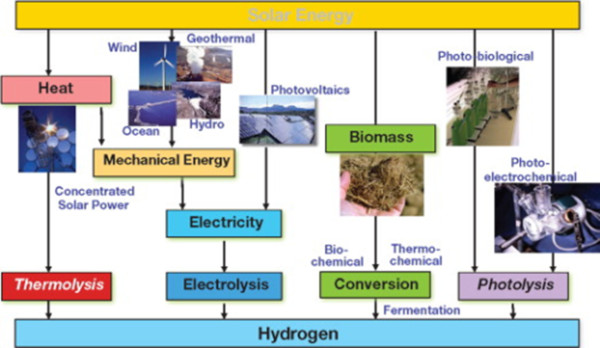 On October19, 2019, in Copenhagen, FatihBirol, IEA’s Executive Director, launched an IEA special report on offshore wind . While praising Denmark, and more generally Europe, for pioneering the technology’s development, he also stressed the major role that China and the US are “set to play in offshore wind’s long-term growth”. He concluded: “In the past decade, two major areas of technological innovation have been game-changers in the energy system by substantially driving down costs: the shale revolution and the rise of solar PV. And offshore wind has the potential to join their ranks in terms of steep cost reduction.” 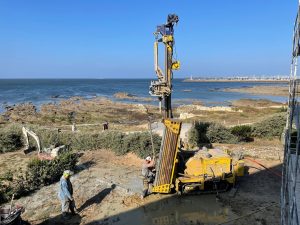 Among the energy solutions aiming at both mitigation and adaptation to climate change, geothermal energy assisted by geothermal heat pumps has an important role to play, especially in the field of space heating and cooling for new buildings, but also in thermal renovation strategies as climate change is expected to become a reality, and in… 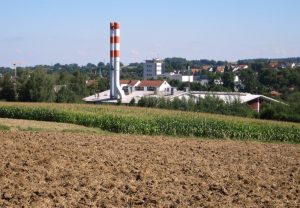 The development of renewable energy is seen as an improvement for the global energy system due to limited fossil fuel resources, as well as to reduce the environmental problems resulting from the massive use of fossil fuels. In this context, the use of biomass and waste has become a sustainable solution for energy production. This… 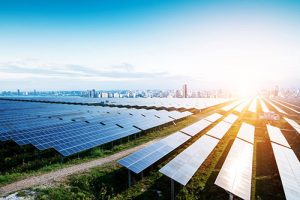 The conversion of solar radiation into calorific, electrical or chemical energy for our purposes is what is known as solar energy. Over time, this energy has become one of the major sources of renewable energy alongside biomass, hydraulic energy and wind energy. The use of solar energy is still quite low compared to other energy…