Accueil - new technologies - Making electric vehicles as convenient as ordinary ones: The rise of supercapacitors

Making electric vehicles as convenient as ordinary ones: The rise of supercapacitors

Any energy transition requires profound changes in the transportation system. Among them, the conversion from internal combustion engines to electric motors, a switch that will be accelerated by the generalization of supercapacitors, which are able to charge and discharge in a matter of seconds, i.e. much faster than batteries.

Harold Kroto, at the University of Sussex, had discovered chain like carbon molecules in interstellar gas clouds. Would it be possible to vaporize carbon on earth to produce similar molecules and find out what they are exactly made of ? In order to try and answer this question, Kroto headed to Rice University, Houston-Texas, where Robert Curl and Richard Smalley had a very powerful laser that could vaporize almost any known material. He did not know that his visit would bring to the three of them a Nobel Prize in chemistry (figure 1). 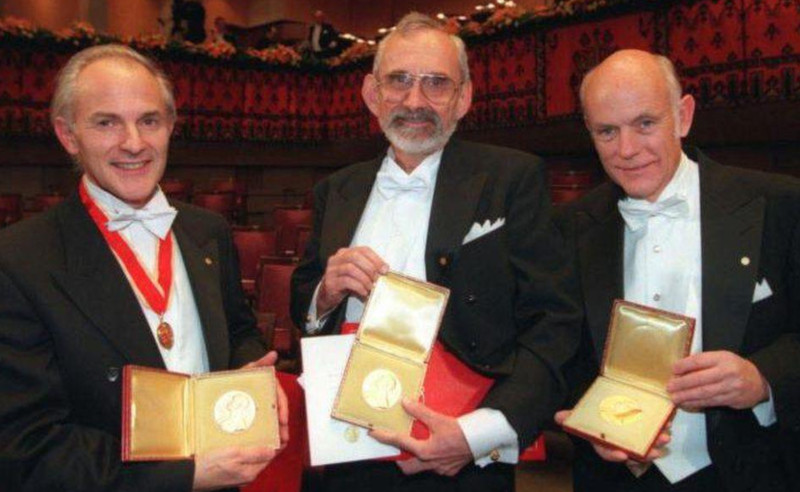 In a series of experiments performed in the autumn of 1985, they simulated the physic chemical reactions that take place in interstellar clouds, by applying the power of their laser to the most common form of carbon, graphite. The results were stunning: hitherto unobserved on earth, and altogether remarkable, carbon molecules were detected. Because of their size, they are usually called nanoparticles. Later on lots of nanoparticles have been engineered from various physical elements, not only carbon; some of them are endowed with astonishing mechanical, electrical and chemical properties. As far as mechanical strength is concerned, it can be two orders of magnitude greater than it is for steel. Electrical properties beat those of previously known electrically efficient materials. The high level of chemical activity is linked to the high ratio surface/volume that small size entails. In short, one might say that ordinary materials, when embodied at very small scales, display remarkable properties that cannot be anticipated at larger scales.

This has been the launching pad for the explosive expansion of nanotechnologies, with myriad of research and development initiatives aiming at all sorts of applications, some useful, some detrimental (figure 2). Would supercapacitors emerge as among the most useful ones?

As a battery, a supercapacitor is made of two electrodes both in contact with an electrolyte, often a liquid, selected for its capacity at conducting and storing electricity. In a supercapacitor, this is the main difference with a battery, no chemical reaction takes place; storage is electrostatic (figure 2).  That creates advantages and disadvantages.

The main advantages are of supercapacitors are:

The main disadvantage is: supercapacitors currently commercialized cannot match batteries in terms of energy density, i.e. in the ability of delivering energy at a regular pace for relatively long times.

Being able to discharge quickly, supercapacitors in an electric vehicle can deliver bursts of power for acceleration. This is for instance the case in some Toyota models. PSA Peugeot Citroen integrates supercapacitors in stop-start fuel saving systems. Mazda makes use of supercapacitors to capture and store energy during deceleration. In these functions, supercapacitors appear complementary to batteries. Complementarity might also manifest itself in a different way: progress is made in associating battery and supercapacitor, the latter assisting the former so that the time required to charge the battery is cut to minutes (figure 3).

From complements to replacements? That does not look unrealistic any longer. A number of university and industry labs are working on new classes of either electrodes or electrolytes in supercapacitors in order to enhance their performances, particularly their energy density.

Astonishing results have been obtained using various advanced graphene-based nanomaterials – particularly bright grandchildren to Kroto, Curl and Smalley – as main components in electrodes[1]. Graphene derivatives have been selected not only for their exceptional electrical, thermal and mechanical properties, that translate into supercapacitor performances, but also for available inexpensive production processes. New electrolytes have also been engineered, that can store energy more efficiently[2].

Actual leaps in energy density have been achieved. “They put”, anticipates Dexter Johnson[3], storage capacity parity with Li-ion batteries within reach. And when you have a supercapacitor that has the storage capacity of a Li-ion battery and the ability to charge in mere moments, all-electric vehicles might just be a lot more attractive”. That would be good for the climate, and much more.

[3] in the Institute of Electrical and Electronics Engineers official magazine IEEE Spectrum, 2015 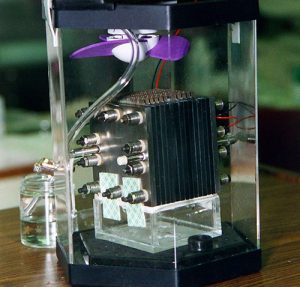 The fuel cell concept has been known since the beginning of the 19th century, but it was during the second half of the 20th century that scientific and technological advances considerably increased its performance and opened up new industrial perspectives.   1. The fuel cell, an open electrochemical generator We use closed generators (alternators, engines)…

The notions of energy communities are very disparate. There are communities that originate from local initiatives and physically occupy a small piece of territory, neighbourhood, village, or campus. This is the type of community referred to below. But there are also other communities of the virtual type, with geographically dispersed energy resources, which are not… 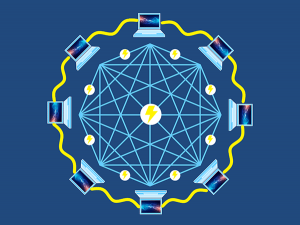 Blockchain Uses and Applications in the Energy Sector

Blockchain technology could be very useful in managing the complexity of some of the components of the energy transition, such as the integration of the great capacity of power generation from renewable sources. What is this technology and what are its potential applications to energy? Are the regulation and business models well enough defined for…